skip to main | skip to sidebar

Post-punk as a genre has generated so many great bands. I could easily name dozens of groups that managed to make masterpieces in the years between 1977 and 1981. Swell Maps were an extreme outlier when it came to post-punk. They were more calculated than Wire and lacked the emotion of groups like Joy Division. Swell Maps musically almost sound mechanical. As their music progressed it got distinctly stranger and on their second record, '…In "Jane From Occupied Europe"' they full embrace their more untraditional influences. The clear cut example is on the middle portion of the record which centers on punk driven krautrock jams. Drummer Epic Soundtracks is really the foundation for this sound and I remember reading an interview with Nikki Sudden that supported the fact that the group was listening to groups like Can and trying to recreate some of those sounds. Its kind of shocking to me to look back and see that punk rock hasn't necessarily ever not been this experimental. The genre simply has always had groups like Swell Maps on the fringe creating refreshingly timeless music. The fact that this record was released in 1980 is incredible, but I guess it sits easily next to some of the other records released that year. Young Marble Giants' 'Colossal Youth, The Sound's 'Jeopardy', and Killing Joke's 'Killing Joke' are just a few other examples of the sound that was being perpetuated in 1980. 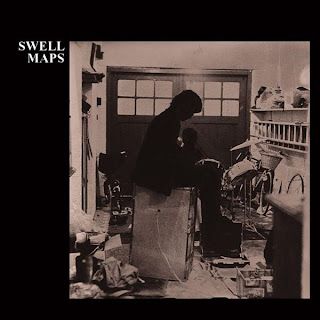 '…In "Jane From Occupied Europe"' is the perfect example of blue collar music. The band builds the tracks off of minimalist explosions of noise coupled with very subtle changes. They still are playing punk rock songs, but the distinct rhythmic nature of the music is constantly present. As said before the middle section of the record may drag for some as it is very repetitive, but I for one have always enjoyed it. The record to me seemed like one big epic noise track book-ended with two fantastic punk tracks. These types of post-punk records that so clearly borrow from other bands have always really interested me. It seems like the very first time people could record music easily by themselves they started expressing themselves as mixtures of their favorite artists. I guess that makes sense complete sense as most people do that, but it has left numerous records like Swell Maps' sophomore effort that are truly one of a kind. Certainly a record worth dog-earring when it comes to post- punk. Epic Soundtracks has a couple of excellent solo records that are completely different from the sound here. If you are a Swell Maps fan you should definitely check those out also.

Hi, I came across your site and wasn’t able to get an email address to contact you. Would you please consider adding a link to my website on your page. Please email me back.